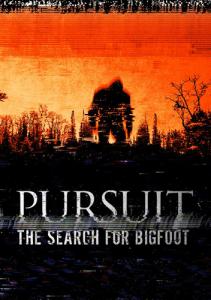 REDWOOD CITY, CA, UNITED STATES, April 29, 2017 /EINPresswire.com/ — The 2017 spring expedition started on April 1st, the expedition team gathered up the gear with high hopes of finding a winner of the Million Dollar Bigfoot Bounty. Starting out in California traversing the nation picking up the last team member in Alabama on April 5th.

While traversing the team was receiving multiple calls regarding the million dollar Bigfoot bounty. On April 6th the team arrived in Ohio and the local TV station WKBN tagged along with the team on the first investigation which was a result of a compelling photo received, and analyzed. The team searched the area and found a couple of old tracks heading northeast. The team was featured on three different TV news shows whose stories were picked by hundreds of stations across the country and around the world.

TJ Biscardi was even invited to lecture at a local technical college. He led the media class on an investigation instructing them on what to look for, how to document findings and film while searching. Although there was compelling evidence found it was not recent leading them to conclude that the creatures had already migrated through the area or gone into hiding.

The team spent 10 days in Ohio responding to calls and evidence submitted for the bounty. One of the witnesses reported a large hairy creature destroying property on their porch late one evening. The team responded to help, setting up camera traps and bait stations. After analyzing the evidence gathered it was determined that some locals were vandalizing his property and preying on the fact that he believed in Bigfoot. After revealing their finding to the witness, he was able to prepare over the next several nights, catching the vandals in the act. The local authorities were contacted and arrived to confront the hoaxers. No evidence of the monster that led to the initial investigation was located.

The team then headed North Carolina to investigate in the Uhwarrie National Forest. The team met with one of the eye witnesses that has been investigating in one area of the forest. They were lead to some interesting rock formations and tree formations that had been constructed recently. However, no other evidence was found in the area.

The second witness was investigating in a different part of the forest. The team met with him investigate the area where he had filmed the “squeaky thermal”. Although challenged by the in-climate weather the team was able to camp out. During the investigation the team heard wood knocks and rock clapping. The wood knocks were identified, however, the rock clapping came from an area that the team had not searched. Although the team located the area they did not find any tracks or other evidence that could be collected.

The next stop was Upstate New York this stop was scheduled due to pictorial and video evidence that had been submitted by a Bigfoot enthusiast. The video evidence was analyzed by our specialists and came back inconclusive. The area was ideal for the creature with easy access to water and food sources and secluded areas for bedding down and evading discovery.

We would like to take the time to thank the New York Department of Wildlife Management and New York State Forest Department for taking the time to speak with us and provide us with the authority to conduct the investigation on state land.